AGAINST THE PULL OF TIME 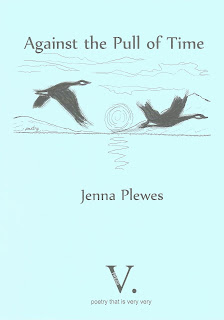 "Jenna writes quite brilliant poetry, which isn't a bad place to start and with this collection she has created something genuinely beautiful and moving...

"Jenna's poetry has a quiet power to it that shines through the simplest of passages and as I read her work I was repeatedly hit by the beautiful imagery that she uses...

"There is a real, genuine depth to the poetry that has a sense of the spiritual but never descends into preachy. Instead there is a feeling of the ancient about the collection and Jenna's choice of words is always quietly apt and they are always meticulously placed, clearly considered.

"This is very much a grown-up collection of poetry, and if it isn't seriously considered for awards in the coming months it would feel criminal."

Mark Davidson, A Restricted View From Under The Hedge, full review and an interview with Jenna in issue 2

A sample poem and more about the pamphlet can be found here.

BUY Against the Pull of Time now, using the paypal link below. 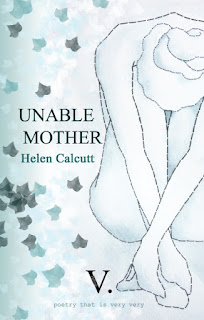 "It is getting a little predictable to say that V Press clearly know what they are doing when it comes to producing beautiful and important poetry books, but the debut collection from Helen Calcutt is something special even by their standards...

"These are poems that are fractured and continually full of pain, but such is her skill that they are in no way terrifying as there is a leavening of joy there too...

"On the cover of the book, Robert Peake talks about a 'terrible and terrifying love' and that is perfectly put. He also says that Helen's poems are 'devastatingly good', and that just about sums it up for me too."

Mark Davidson, A Restricted View From Under The Hedge, full review and an interview with Helen in issue 2

A sample poem and more about the collection can be found here.


PRE-ORDER Unable Mother now, using the paypal link below. [ Unable Mother is published in September. Pre-orders are posted out in the week of publication.]


THREE MEN ON THE EDGE 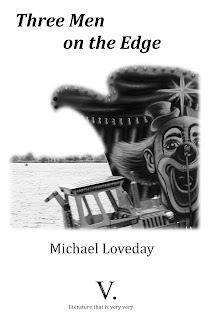 
BUY a copy of Three Men on the Edge now using the paypal button below.