Hometown by Carrie Etter is flash fiction so charged with repressed emotion that you’ll want time to savour all its layers.

Set in the American Midwest, it’s a world of journeys. Not always on the road. Cars get mentioned a lot…as they weave their hidden secrets amongst the ‘neatly trimmed lawn’ and ‘clapboard houses’ of suburbia in the towns of 'Downs or Towanda Maybe'.  A roadside diner is where you could imagine reading this book - the kind where the waitress lets you linger over the menu.

This is no time for American Pie, though.  You’ll want your coffee strong, espresso style, with dark silky chocolate.  I’m thinking death-by-fudge-cake or pancakes with molasses and a jug of cream on the side.

You’ll need deep, lingering flavours to savour as you view Etter’s take on these fractured hometowns where trouble comes to the door and knocks. Sometimes the door gets opened – usually to a surprise: a woman who hides her drinking eyes behind dark glasses in 'Prospects' or a strange paper ball containing ‘the iridescence of tears’ in 'Mauve'.

To complement this complex cast of characters, may I recommend a bourbon - New Richmond Rye - with its fine blend of grains that may just be the match for savouring Etter’s linked fictions 'Manslaughter'…or when considering the effects of generation upon generation, perhaps a Border Straight Bourbon, made from traditional aging with no shortcuts, is the one to whet your juices.

Wait.  We’re not in the bars of Minnesota or Wisconsin now. It’s going to have to be a Jack Daniels or nothing. 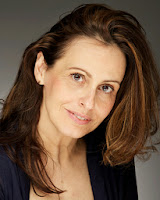 For a sample flash from Hometown, please click here. The pamphlet is officially published on 4 April 2016, and copies may be pre-ordered (for posting the week of publication) using the paypal link below.


Jane Campion Hoye is a poetic writer, storyteller and performer, who has gathered knowledge of a diversity of wines from around the world…whether filming in a German vineyard or sampling the liquid silk of a smooth cabernet on Stellenbosch’s wine route in Cape Town.  And not only wine. Her poem 'Waterfall Glory', recently selected for international publication Inspired By My Museum, was first penned on a visit to the Guinness Museum in Dublin.