V. Press is delighted to announce its first two Guest Editors along with their choices of manuscripts for publication.

Guest Editor Mary-Jane Holmes has chosen 'The Escapologist' by Jinny Fisher as the manuscript that she'll be editing for V. Press.

Guest Editor Carrie Etter has chosen 'The Protection of Ghosts' by Natalie Linh Bolderston as the manuscript that she'll be editing for V. Press.

More about both poets and guest editors may be found below, along with an update on other submissions.


MARY-JANE HOLMES has lived and worked as a teacher, editor and translator in many places including Spain, France and Switzerland. Since 2009, she’s been chief editor of Fish Publishing, Ireland. She is creative director at the Casa-Ana writing retreat in southern Spain and editorial consultant at The Well Review.  Her debut poetry collection, Heliotrope with Matches and Magnifying Glass, is published by Pindrop Press. Irish Poet Dave Lordan has described her as "perhaps the most convincingly rural and at the same time convincingly contemporary English poet since Ted Hughes". Winner of the 2017 Bridport Poetry Prize, the Martin Starkie Poetry Prize, the Bedford International Poetry Prize and the 2014 Dromineer Fiction Prize, her other publication credits include Mslexia, The Journal of Compressed Creative Arts, Prole, The Tishman Review, The Lonely Crowd and The Best Small Fictions Anthology 2016 and 2018. She has a Master of Studies in Creative Writing from Kellogg College, Oxford (with distinction). Website: www.mary-janeholmes.com 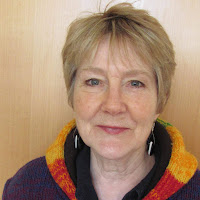 JINNY FISHER was first a classical violinist, then a psychoanalytic psychotherapist, now a poet full-time. She's a member of Wells Fountain Poets, and her work has appeared in print and online magazines including The Interpreter’s House, Under the Radar, Domestic Cherry, Tears in the Fence, Prole, The Poetry Shed, Strange Poetry, Amaryllis and Ink, Sweat & Tears. Commended in national competitions, she was runner-up in The Interpreter’s House Competition 2016. She's committed to bringing poetry to a wider audience and takes her Poetry Pram to music festivals for one-to-one readings. Twitter: @MsJinnifer. Her 'The Escapologist' was selected by  V. Press Guest Editor Mary-Jane Holmes.

CARRIE ETTER grew up in Normal, Illinois, spent thirteen years in southern California, and moved to England in 2001. Her fourth collection of poetry, The Weather in Normal (US: Station Hill; UK: Seren), will be published in autumn 2018; her individual poems have appeared in Poetry Review, The Times Literary Supplement, The New Statesman, The New Republic, and many other journals in the US and UK. Her V. Press pamphlet, Hometown, is her first collection of fiction. She is Reader in Creative Writing at Bath Spa University and also teaches for The Poetry School and Poetry Swindon. She is guest editor of Natalie Linh Bolderston's 'The Protection of Ghosts' forthcoming with V. Press. 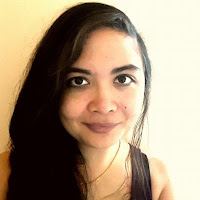 NATALIE LINH BOLDERSTON studied English at the University of Liverpool, where she won the 2016 Felicia Hemans Prize for Lyrical Poetry and the 2017 Miriam Allott Poetry Prize. She now works as an Editorial Assistant. Her work has been featured in Cha: An Asian Literary Journal, L'Éphémère Review, Oxford Poetry, Smoke, and The Tangerine. She is a 2018 Creative Future Literary Award recipient. Her 'The Protection of Ghosts' was selected by  V. Press Guest Editor Carrie Etter.


QUICK UPDATE ON OTHER SUBMISSIONS

The announcement above is the first from V. Press's recent poetry submissions window. Other shortlisted poetry manuscripts are still being considered, with no publication decisions yet made. (Please bear with us in terms of notification as there are a lot of factors involved, so final decisions will take some time.)

The authors of shortlisted flash fiction samples have now been notified, and have a month to send in the full manuscript.

This year, decisions have been harder than ever shortlisting both poetry and flash submissions. There are many writers who didn't make the shortlists this time that we'd be happy to read submissions from in the future.
Posted by V. Press at 07:00