The Old Man in the House of Bone 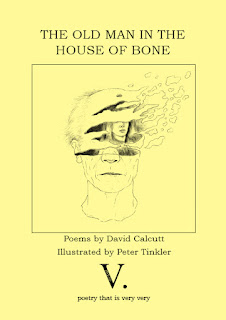 The Old Man in the House of Bone, published June 2016,  is V. Press's first illustrated pamphlet, with poetry by David Calcutt and illustrations by Peter Tinkler.

"'Who’s there? Who is it? Who is it?
Who’s there? The house of bone puts its finger to its lips.
Says nothing. It’s keeping its secret to itself.’
David Calcutt’s The Old Man in the House of Bone is an invitation inside a shadowy and mysterious dwelling, one that is also full of curious magic and charismatic strangeness. Questions and secrets abound – does the occupier occupy the house, or does the house occupy its resident? Readers will find themselves irresistibly drawn in, and pondering these enigmas, too. This precise and striking series of poems is both consequential and sequential; each one building on the previous and the following like sediment, creating a brooding and disquieting atmosphere. Calcutt’s poetry is alert and surefooted – written with a humane touch, and always compelling.” Jane Commane 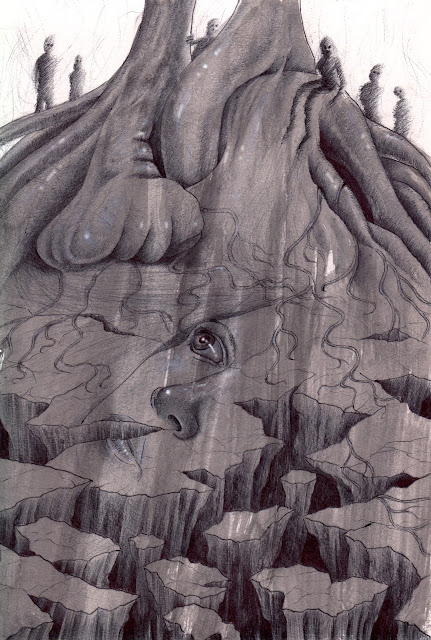 “David Calcutt’s poems outnumber Peter Tinkler’s illos, but given the power of the drawings, especially the first two, I can see why the cover gave them equal credit. All the poems relate to the indefinite memory of an old man inable to identify himself, of the searches he makes inside himself where everything is almost something else… The old man’s thinking about the war, and contains these lines – ‘…he goes on speaking/ but the silences have stopped listening and his words / drop soundless to the cold depths where the silences / eat them…’ Having been a nurse on psycho-geriatric wards everything here rang true, is the best description of the process of dementia I’ve come across. A piece of work I’d recommend to anyone looking after a dementing relative or friend, to have some idea of what their patient is going through.” Sam Smith, The Journal


Listen to David read one of the poems from The Old Man in the House of Bone: